Between Called and Crowned

Hey! How about subscribing to my blog via RSS feed or email? It's quick and easy and you'll never miss a single post. Thanks!
Are you on hold? Do you feel like you've been called, gifted, or maybe even "anointed" to do something something but the pieces just haven't fallen into place for that to happen? Maybe you're working for a company and are more qualified for a position that someone else is doing. Maybe you're gifted in worship leading, but the opportunities to grow your ministry haven't opened up. 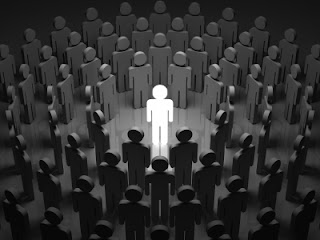 Image: Master isolated images / FreeDigitalPhotos.net
Whatever your situation, I would like to discuss with you some observations from the life of King David in the Bible. He was a young boy when he was anointed as king of Israel. Israel's King Saul had turned his back on God, so God removed the kingdom from his lineage and established it with Jesse's family line. Although David had been anointed as king, he did not assume the crown for several years.
In a previous post, we looked at how God refined Joseph's character and how you should hone your craft and character in obscurity before setting out in public service. In this post, we have some clear examples of what not to do in the time "between called and crowned."

If you're stuck in a job you don't like and things don't seem to be changing, I hope you'll take a few lessons from our brother, David.
Be humble. Don't assume your calling is about you.
Be honorable. Don't dishonor authority or someone with the position you want.
Be excellent. Don't quit your day job.
What about you? Are you in-between called and crowned? How is this resonating with you today? I'd love to hear from you.
Posted by Toby at 4:00 AM